Hockey might be the national sport, but it has been cricket that has predominantly ruled the hearts of the nation. Even football had primarily taken a back seat for decades. However, in recent years, the sports scenario in India has been evolving. It has become a lot more diverse. With this, football is gaining a foothold (pun intended) as a trendy sport amongst the younger generation. With the success of Indian footballers in 2016-2018 and the advent of national tournaments like ISL (Indian Super League), the sport is gradually becoming a common household topic.

Let us take a look at some of the best Indian footballers who are the driving force of soccer in India.

Not only that, but he also stands second behind Cristiano Ronaldo for the most international goals scored by an active player. Last year he overtook Lionel Messi who now sits at third place in the list. With 72 goals in 115 appearances, Sunil Chhetri averages 0.63 goals per match surpassing that of even Cristiano Ronaldo (0.61 goals per match). He is known as the best Indian footballer.

Born in December of 1976 in the state of Sikkim, this highly talented Indian footballer is nicknamed ‘Sikkimese Sniper’ for his precise shooting skills in the game. In 1993, Bhutia began his professional career at the age of seventeen with East Bengal F.C. Two years later, he debuted for the Indian National Team becoming one of the most recognized players over his 17 years with the national team. He also starred in Jhalak Dikhla Jaa, a popular Indian dance reality show.

I.M. Vijayan is yet another player who needs no introduction to any Indian football fan. Due to his highly skilled play style, he was named ‘Pele of India’. He was very agile in his movements and is seen as one of the best strikers to ever play for the Indian Football Team.

Vijayan used to sell soda bottles in stadiums where his talent caught the eye of the Kerala Police Football Team. Debuting for India in 1992, he scored 40 goals in 79 international appearances. In 1999, he scored 12 seconds after the kickoff making it the third-fastest goal of all time.

Gostha Pal is widely known as the first captain of the Indian National Football Team and one of the best Indian footballers. Nicknamed ‘Chiner Pracheer’ (The Wall of China), he was one of the best defenders in the contemporary era of Indian Footballers.

Pal began playing at the age of 11 and joined Mohun Bagan when he was just 16. He played for the team from 1912 till 1935 when he retired even captaining it from 1921 to 1926. He was the first Indian footballer to receive the Padma Shri award. In 1984, a statue was built in his memory in Kolkata.

Gurpreet Singh Sandhu is one of the best goalkeepers in India. He plays in Indian National Team and Bengaluru F.C. at the position. He started his career aged just eight when he joined St. Stephen’s Academy. In 2006, he signed his first contract with East Bengal.

Gurpreet Singh Sandhu is the first Indian Footballer to play in the UEFA Europa League.

Another goalkeeper on this list is Subrata Pal playing for the Indian National Team and Hyderabad F.C. in ISL.

Like most other legendary players in India, he too started his career at Mohun Bagan in 2004. Since then, he has played for many different clubs. Nicknamed ‘The Spiderman’ for his extraordinary reach, he captained the national team for the 2018 world cup qualifiers.

Climax Lawrence is an exceptional footballer, playing as a midfielder in the Indian National Football Team between 2003-2011. The Goan is seen as one of the finest midfielders of the country. He has three international goals to his name.

Lawrence started his youth career with Vasco. He has since played for many prominent clubs like Salgaocar, East Bengal, Mumbai. In 216, he joined F.C. Bardez for which he currently plays.

Born on 24 December 1935, Peter Thangaraj had an illustrious international career. He is considered the greatest goalkeeper in the history of Indian Football and was voted as Asia’s best goalkeeper in 1958. He also received the Arjuna award in 1967.

Before trying his hand at goalkeeping, Peter Thangaraj played as Center Forward for the Madras Regimental Center. After leaving the team, he went on to play for Kolkata giants Mohammedan Sporting, Mohun Bagan, and East Bengal. He represented two Olympics and three Asian Games; winning a Gold Medal at the 1962 Jakarta Asian Games.

Peter Thangaraj was not only an exceptional footballer but also a patriot who served in the Indian Army as an NCO.

Jarnail Singh was another Indian footballer who was given the Arjuna Award. He was the most reliable Center Backs of the Indian National Football Team. He captained the team from 1965 to 1967.

Jarnail Singh Dhillon began his career in 1956 with Khalsa Sporting Club. He later moved to Rajasthan Club and Mohun Bagan. He was known as a no-nonsense defender. He was also the only Indian footballer to be honored as the captain of the Asian All-Star Football Team in 1966.

Born on 15 January 1938 in Kishoreganj (present-day Bangladesh), Subimal Chuni Goswami was famed for his great ball control and highly versatile play style. He started his career at the young age of eight with Mohun Bagan. He is one of the few players in the history of Indian Football to play for the same club throughout his career. He had multiple offers from many clubs, at one time even rumored to have been approached by Tottenham Hotspur, but turned them all down.

Goswami was considered extremely adept at reading a game and adjusted accordingly. Under his captaincy from 1962-1964, Indian National Football Team won a Gold medal at Asian Games in 1962, Silver in the 1964 Asia Cup, and another Silver in the Merdeka Cup.

Apart from football, he also had a distinguished Cricket career playing in Ranji Trophy during the 1962-63 season. 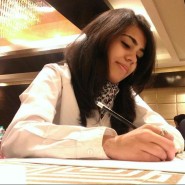